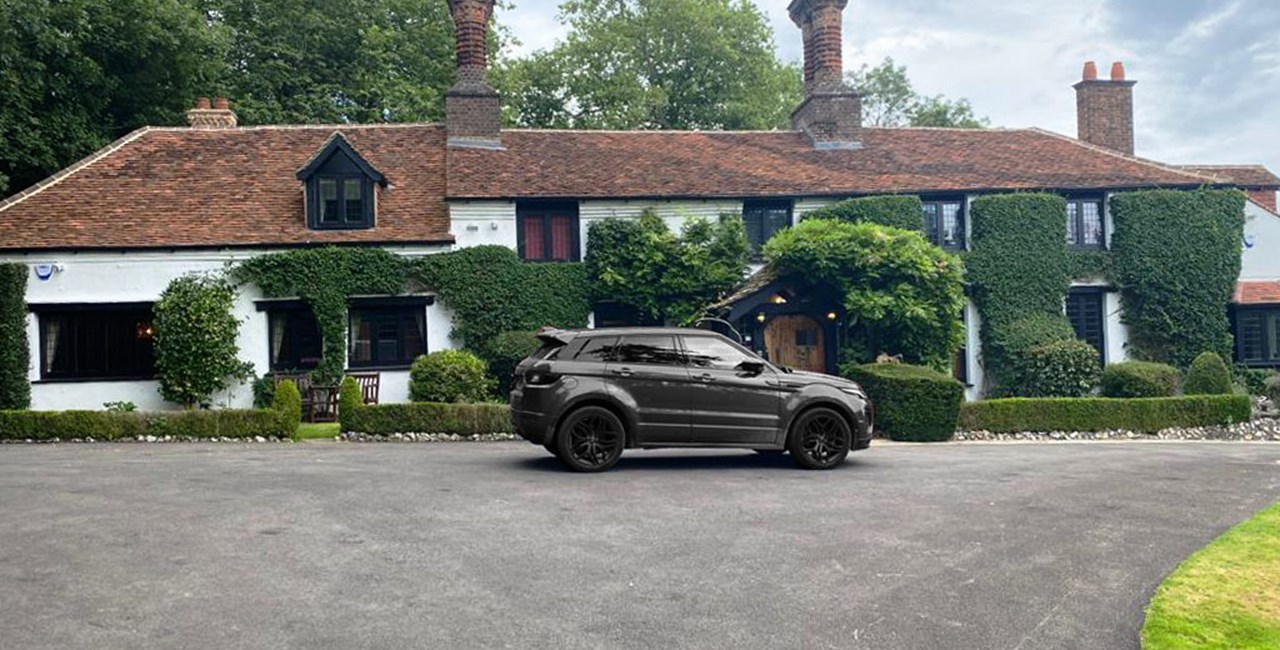 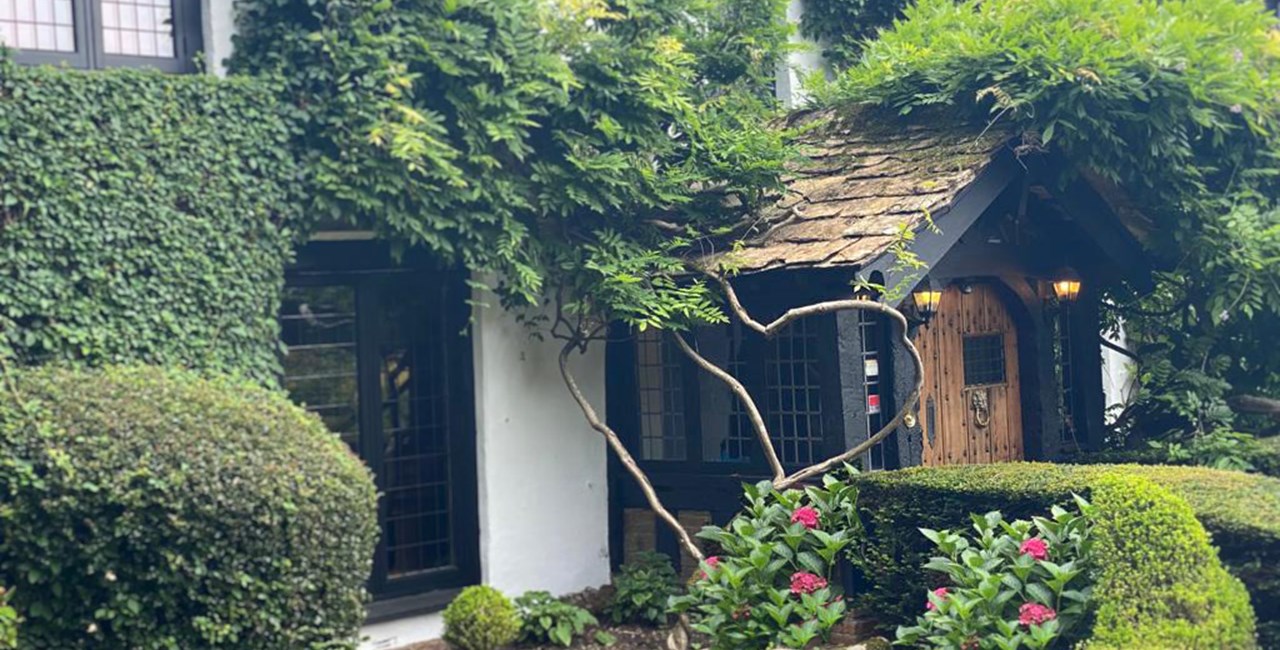 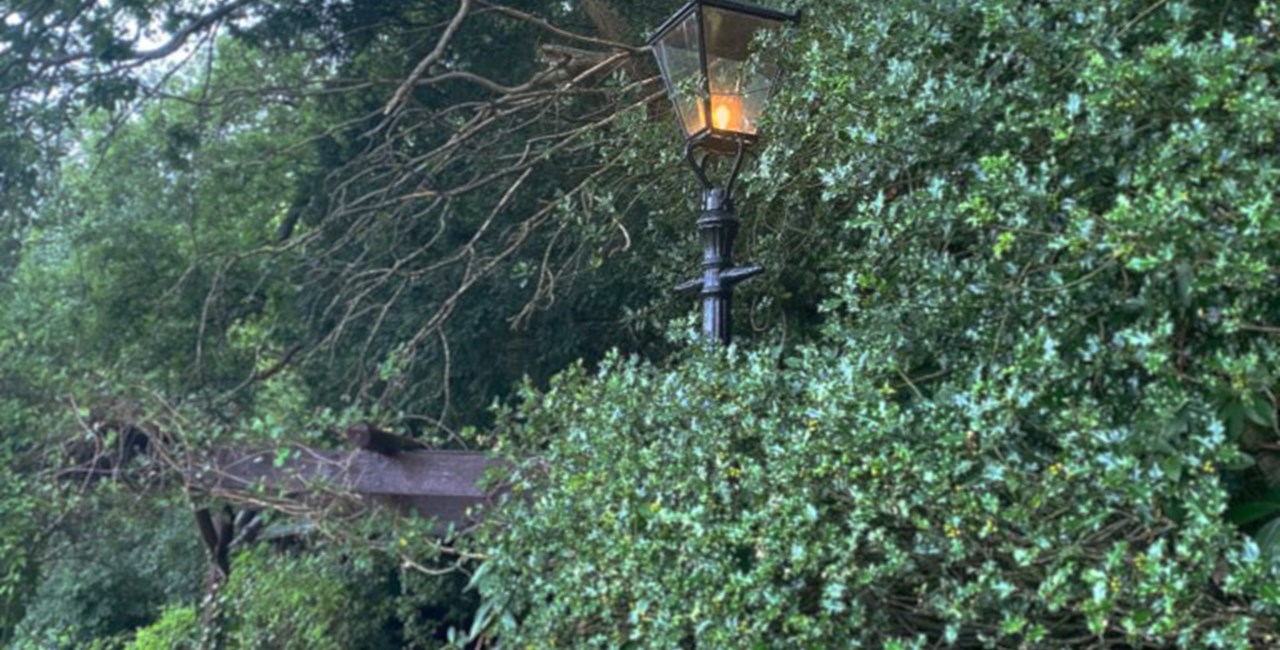 Impressive. That is undoubtedly the first word that comes to mind when you see the centuries-old Priory House in North London. Today, international movie stars live there in comfort and safety, thanks to the TELETASK home automation system. Mr. Steve Calder of Lily International Ltd, TELETASK Distributor for the UK, shows you around.

What makes Priory House so stunning? “Firstly, the timbered farmhouse itself. The huge house offers two living rooms, a formal dining room, library, conservatory, a gym, a cinema, an outdoor pool that can be covered, five bedrooms ... Throughout the house, you will see a wealth of architectural details in centuries-old Tudor style, all perfectly preserved.”

Priory House was built around 1530. During the Second World War, sir Winston Churchill used the house as a base from 1940 to 1945. After all, it has a one mile long secret tunnel, through which the British Prime Minister could escape, should it be necessary...

Impressed? We haven’t even ventured outside yet. To the former coach house, for example. Today, its a three-bedroom apartment. Or to the cottage next door, and the garden which stretch out over 3.3 acres (about 13000m²).

Today, the owner, a successful businessman, rents Priory House to the film production company Elstree Studios, where, among other projects, Star Wars was created. The company houses international movie stars in Priory House, complete with their own security team and personal driver.

The house offers the perfect amount of accommodation, security and comfort, thanks in part to the user friendly TELETASK control panels. “This allows the resident to control the lighting, heating, entrance gates and sun blinds. Either via the mobile phone app (iSGUI), on a tablet (iSGUI) or via the several AURUS touch panels on the walls,” Steve Calder continues. “We integrated the system very subtly, with, for example, black touch panels on the dark walls and white touch panels on lighter walls.”

The cast iron radiators were beautifully refurbished. “At the same time, the system integrator was able to fit a motorized valve to each radiator. The home automation system controls the valve to heat the room to the set temperature. Not only the radiators are controlled for heating in the winter, the TDS system is also connected to a separated air conditioner (heat-pump) system for cooling in the summer.”

Always in the right mood

The interior of Priory House is showcased beautifully with lots of indirect lighting: LED strips, spotlights, wall lights ... “As a resident, you can control these separately or all together, so that together they create pre-set moods. For example, the ideal lighting for watching a film in the impressive home cinema.”

The resident not only controls the lighting via the AURUS touch panels. “they can use the old round light switch at the bottom of the stairs to switch on the chandelier and the downstairs lighting. We added Cookie interfaces for it, so a historical switch can easily communicate with the TELETASK system,” Steve Calder proudly reveals. 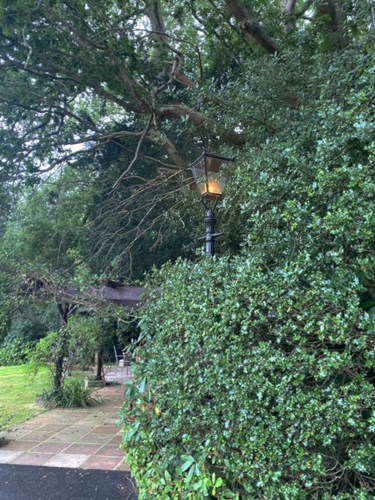 And then, of course, there are the many lights in the garden: lamp posts, LEDs in the trees, around the pool ... “Every day feels like Christmas. These lights can all be controlled via the home automation system, separately or per location. Or they are programmed automatically, from sunset to midnight or the next morning.”

Lighting that is only active when it is needed, thanks to sensors: that obviously also saves energy. “Even in the bathroom, the lights are only on if the room is occupied, thanks to motion sensors.”

Movie star celebrities must of course be able to stay in Priory House in complete privacy and security. The estate is therefore fully secured with the most up-to-date security system, allowing both the security team and driver to reside and work in the separate accommodations provided on the estate. 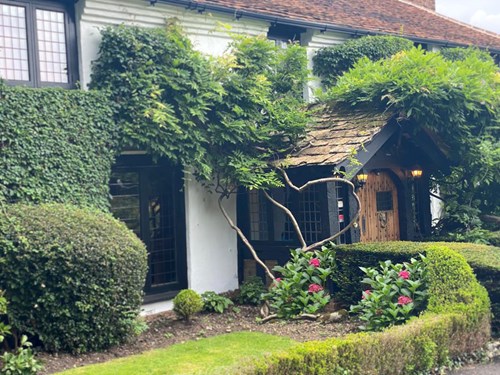 “All the doors in Priory House and the entrance gate can be opened via the TELETASK system,” Steve Calder explains. “Via the app or the tablet, the user can see who wishes to enter, and the door can be opened with the same app. If no one is at home, the users receive a message on their smartphone when a visitor arrives.”

Is the alarm system triggered? Then all the lights on the outside of the house go on at once, thanks to a simple contact link between the burglar alarm system and the TELETASK home automation system. The latter also immediately notifies the user, via e-mail and telephone. “Via the phone, the user can then view CCTV images, eventually disable the alarm, make other controls and/or alert the police.”

The owner was already a fan

Why did the owner of Priory House opt for TELETASK home automation? “Because the owner was already a fan. He uses the system in his own home, so he knows how reliable it is and how easy it is to manage. So he simply loves it. He can use his phone and tablet to control his own home, as well as Priory House,” Steve Calder comments.

“Where does this enthusiasm come from? Because the system always does exactly what is expected. If something does go wrong, the resident gets immediate support. I don't know how these famous movie stars experience the home automation system but we haven't received a single complaint yet, which is obviously a very good sign!”