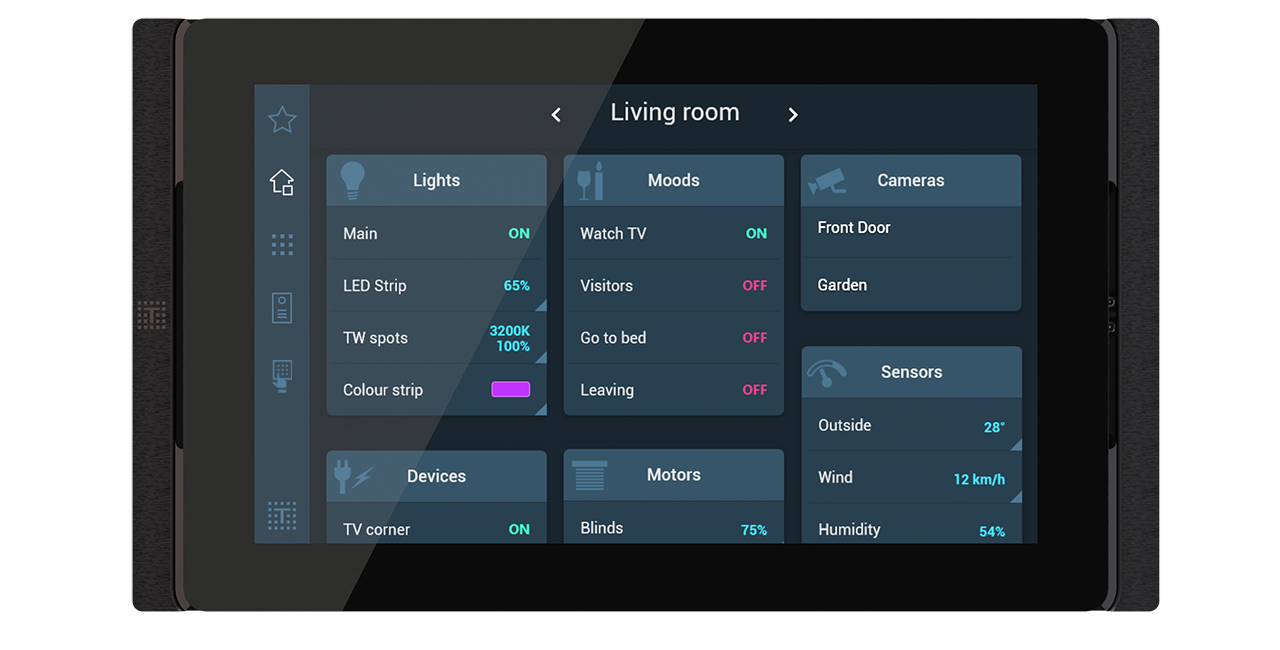 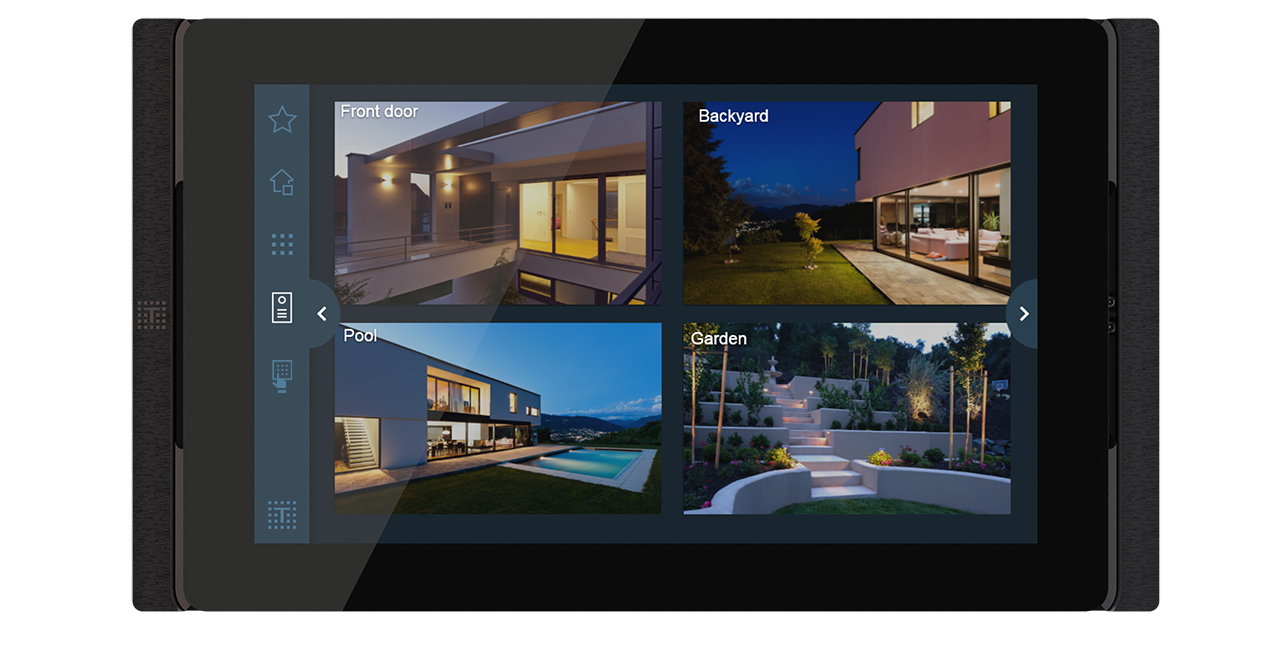 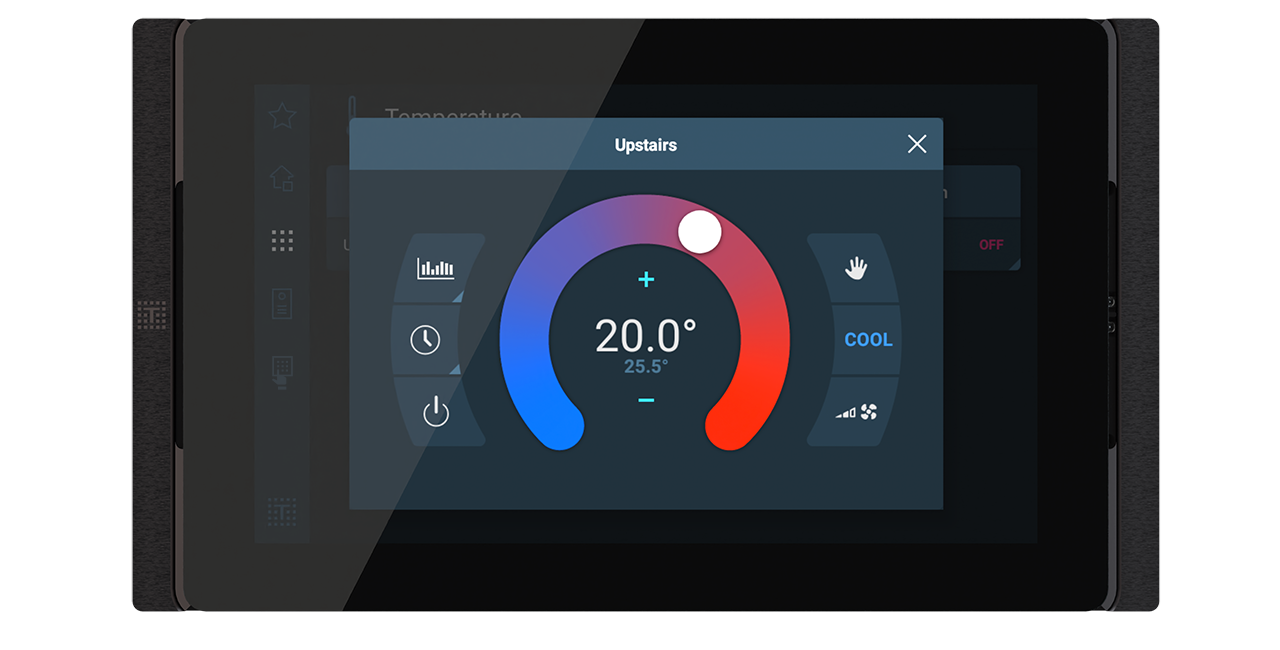 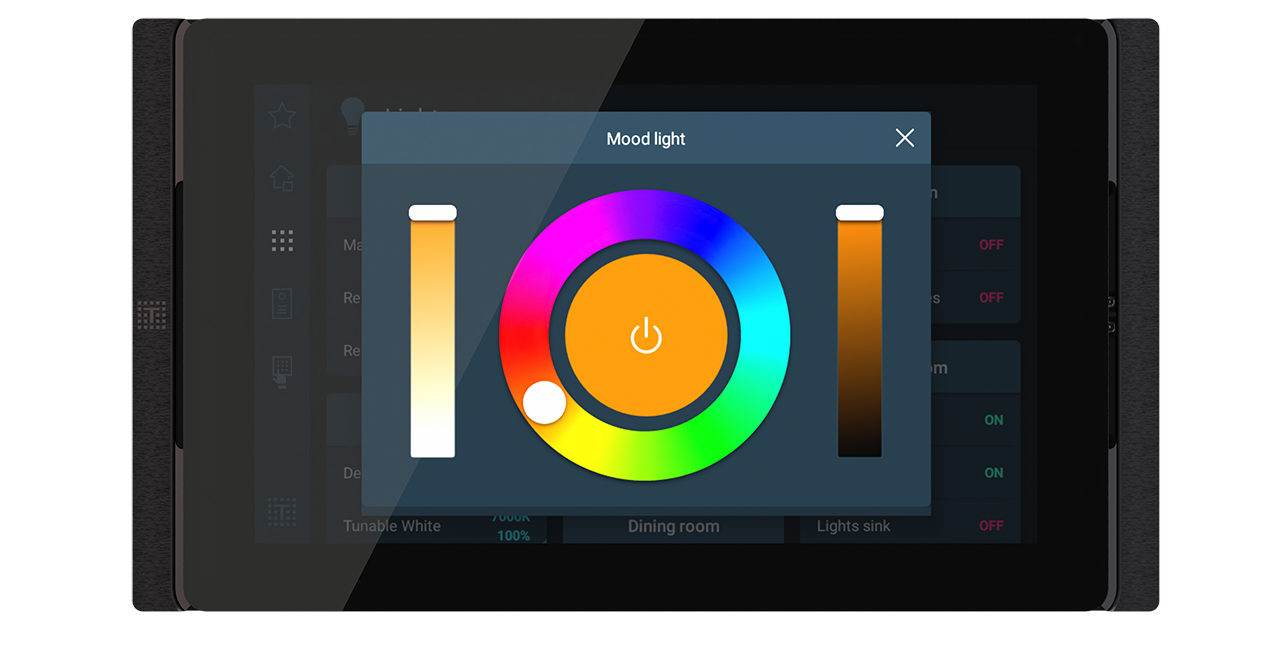 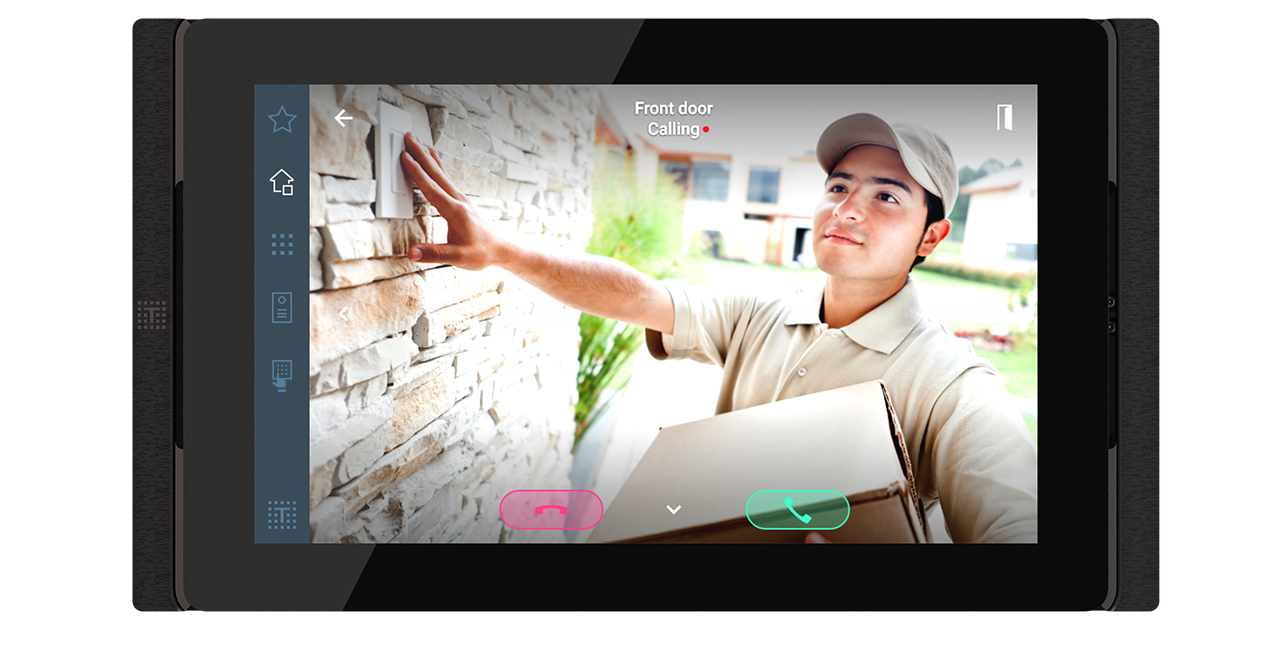 The latest update of the OPUS software allows the addition of a new button to the navigation bar of the OPUS touch screen, in the lower-left corner, with an icon in the shape of a numeric keypad. Tapping this icon takes the user to the alarm screen, where the burglar alarm system can easily be (de)activated.

If the home automation installation contains an OPUS touch screen, PROSOFT will add the latest screen features automatically. After its integration, the necessary function buttons can be added to the burglar alarm screen, allowing the user to enable or disable the alarm system.

How the user can (de)activate the burglar alarm system is completely customizable. For example, you can define a pin code-protected button in PROSOFT, which controls an output relay with the switch function. When the user arms the alarm system, the contact is closed, and vice versa (if the alarm system offers a Voltage-free contact input).

What if the burglar alarm system needs to be armed/disarmed via an impulse? Then separate pin code-protected arm and disarm buttons may need to be created on the OPUS ALARM screen (especially for disarming), with a separated impulse on a separated output contact. If a delayed exit time is necessary, a timer can be added to the software.

Since the OPUS software adds the burglar alarm screen, it can also inform about other technical alarm functions, like a heating system failure. The button color instantly reveals whether the function is active (green) or not (red).

Are you looking for a burglar alarm system that can be controlled with this new feature on the OPUS ALARM screen? Then the alarm system input(s) must work correctly to make it work in one of the above ways. Also, OPUS operation via these inputs should not interfere with the burglar alarm system's other control options.

Does the user want to control the alarm via both the OPUS arm/disarm buttons and various other keypads? A burglar alarm system with two impulse inputs and two impulse outputs is most likely the best solution. Otherwise, the arm/disarm contact buttons of the various control panels and the TDS control will interfere with each other. Each closed contact will then invariably override the open contacts.

Do you want more information on the OPUS touch screen?

Read more about the many possibilities of the compact OPUS touch screen or the iSGUI app allowing the user to use all home automation functions, including the burglar alarm system, from their smartphone anywhere, anytime.